Rivers have always been the bedrock of the Indian ethos and the lifeblood of India. India has essentially grown along the banks of major rivers. India’s ancient civilizations were born along the waters, and they perished when the rivers shifted course. Indians never saw rivers and water as a commodity. We respected and considered rivers sacred, as a fundamental building block of life.

For many millennia, we maintained the sanctity of this relationship. But in the last few decades, due to the pressures of population and development, our perennial rivers have become seasonal. Many of the smaller rivers have already vanished. The Ganga and Indus are two of the world’s most endangered rivers, according to WWF. The Narmada, Krishna and Kaveri do not reach the sea four months of the year. Water levels in almost every major river have declined severely.

But in just one generation, most of our rivers have suffered dangerous levels of depletion. For a nation with 1.3 billion people, we cannot turn a blind eye to this grave crisis of our times.

Our wellbeing and the nation’s wellbeing are intimately connected to the wellbeing of our rivers. If we do not act now to reverse the serious decline of these lifelines, the next generation will pay a very heavy price. 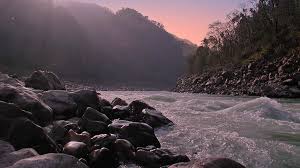 Sadhguru, the founder of Isha Foundation is proposing a comprehensive river rejuvenation plan to reverse this decline and revive our rivers.

Isha Foundation offers a core solution to stabilize and revitalize our rivers. It involves creating and maintaining tree cover for a minimum of one kilometer on either side of the entire river length and half a kilometer for tributaries. The benefits of tree planting have been indisputably demonstrated by Project GreenHands, Isha’s award-winning initiative and one of Asia’s largest environmental movements.

Native forest trees would be planted in government-owned land along riverbanks. Organic fruit tree cultivation would be taken up on private farmers’ lands. This solution ensures that rivers are restored while also enhancing famers’ livelihood by more than doubling their income in five years. The availability of fruit also improves nutritional intake among people.

Sadhguru would be sharing his vision for restoration of India’s depleting rivers and the “Rally for Rivers” being undertaken by him. With all our rivers on the brink of depletion, Sadhguru himself will be driving through 13 states to raise awareness about our nation’s dying rivers and bring about a nation-wide policy change to save them. We all have an opportunity to be a part of this movement to revive our endangered rivers. Now is the time to make a change. Let us make it happen.

Isha Foundation is proposing a comprehensive river rejuvenation plan to reverse this decline and revive our rivers.

The time to act is now! Join the movement to save our rivers. Find out how…

Join us in the cockpit flying into Queenstown, New Zealand

Just an ice cube can make your headache disappear

Can you believe ‘Origami Organs’ could be the future of regenerative medicine?

Culture Suren Rao - October 9, 2017
Go from making an impression to an impact. Six simple lessons modeled by an uneducated man were powerful enough to produce a Ph.D., a...

Join us in the cockpit flying into Queenstown, New Zealand

Culture Suren Rao - October 9, 2017
Sometimes what a pilot sees in a day, people won't see in their lifetimes. We would like to share a breathtaking video which is...

Does the Indian Taxi stand a chance in this race against...

Man And Dog Bonding Will Move You To Tears!

Meet Lakshmi, The Elephant Whose Musical Performance Will Wow You

These Talented Cats Were Born To Dance