Not only did the laughter of a child bring joy to Sara Shonfeld’s Musical Minds class but that little boy has put smiles on the faces of more than 4 million people on social media.

The class was singing Ms. Shonfeld’s song “Clap Your Hands Together” which requires kids to clap until she says “Stop.” She asked the class if they were ready and one very enthusiastic boy shouts, “Yeah!” 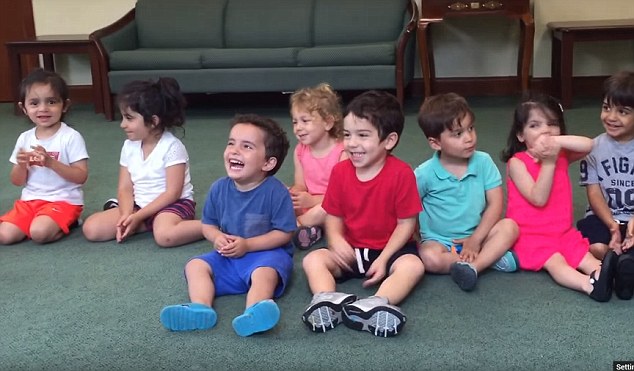 The boy has a huge smile on his face while clapping along with his classmates, but when his teacher yells, “Stop!” that’s when he gets bitten by the laughter bug.  The little boy for some reason is tickled pink and starts laughing the most belly-holding laugh that you’ve ever heard.

His laughter just builds up and it is as if he is waiting for a cue every time his teacher yells, “Stop!”

At one point, the laughing little boy’s friend next to him leans over and hugs him, almost as if he knows his pal needs comforting during this time of an uncontrollable fit of hysterics.

The little boy’s giggles only got more fitful as the song quickened pace until he eventually collapsed on the floor with the force of his howls of amusement.

The other children’s facial expressions range from surprise to astonishment at the boy’s antics. 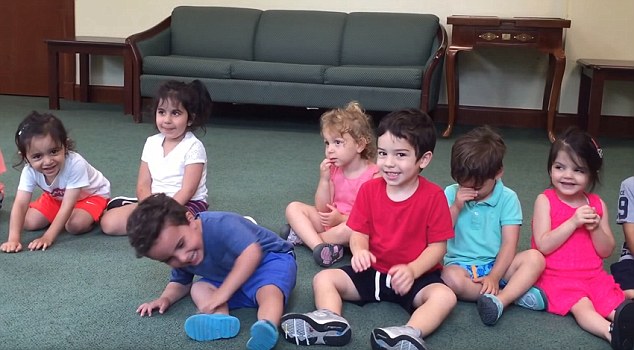 The little boy is basically cackling toward the end of the song making all the adults in the room laugh just as hard too.

“Nothing like children’s laughter to bring happiness to the world!” Shonfeld said on her YouTube page. And she couldn’t be more right. More than 4 million people have watched the video too and they think so too.

Have you ever experienced the power of silence?

Why Sleeping on your left side is good for you

Is God a woman?

A magical performance that packs in double the fun

Witness the Birds-of-Paradise in all its Heavenly glory

Can we accept people for who they are?

What Drives People to take part in the world’s most dangerous race?